Even if you are skilled, well-organized, and have a product or service people want, your enterprise is limited without a way to transfer money, access loans, and get market information.

This is doubly true for people working without citizenship or living in remote areas.

Our partners working on financial inclusion understand this. And they are using technology in innovative ways.

Financial inclusion is a new category for Partners Asia, so here is one of our first featured partners: 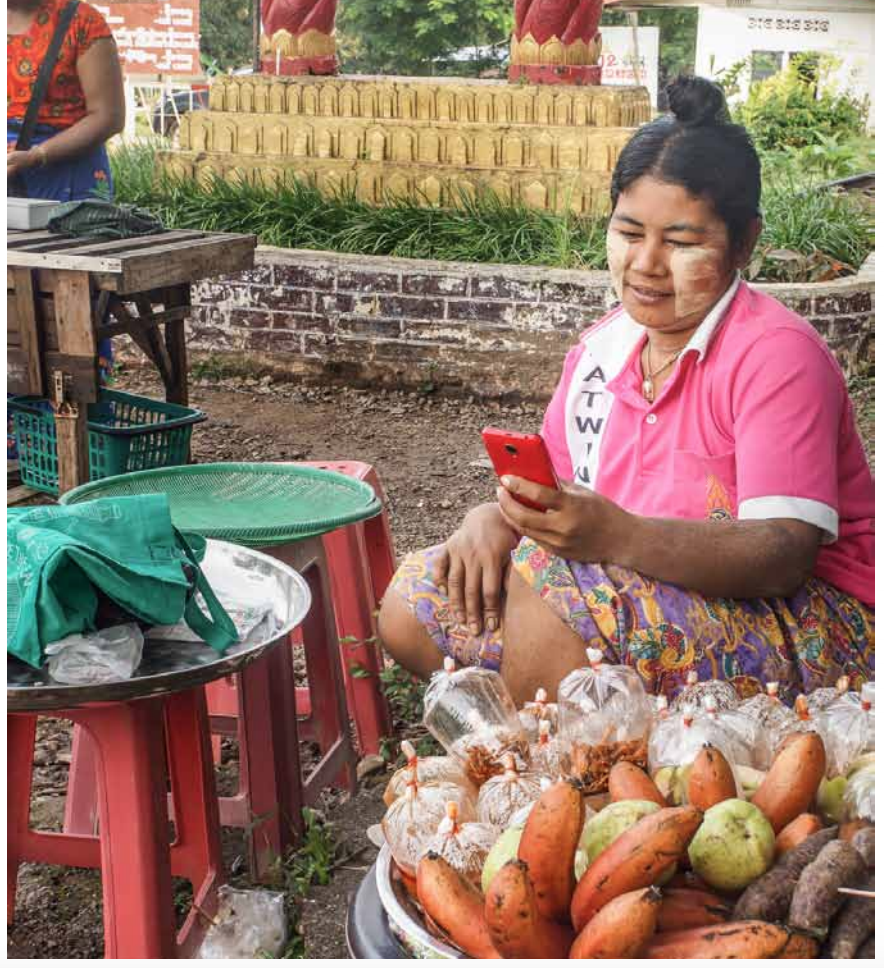 Imagine a woman farmer using her smartphone to learn to build a solar dehydrator so she can dry strawberries and sell them off-season (instead of letting her excess crops rot).

Imagine a woman migrant worker using her smartphone to digitally send money back her village instead of carrying cash on her body (making her a target for robbery).

Imagine a woman vegetable peddler quietly saving a few kyat every day in her digital wallet (instead of forfeiting her hard-earned cash to male relatives who want alcohol).

Mobilizing Myanmar is working to empower women to lift themselves out of poverty using the smartphones already in their hands.

Though Myanmar is the poorest country in Southeast Asia with the least developed financial system, it has leapfrogged most nations around the globe in mobile phone and internet usage.

Myanmar took only four years to jump to smartphones, whereas other places have taken a decade or more.  In Myanmar,  ​

As digital finance rolls out in Myanmar, many women risk being exploited by the digital economy or excluded from it.

Even though they are hard at work in fields, fish markets, construction, factories, brothels and homes– only 0.01 percent of women can access credit with a formal financial institution.

Most women don’t know their own passwords or how to recognize and avoid scams. Very few understand how to search the Internet. Fewer than 16% know how to download an app.

MM is looking to change that.

The organization is led by Pwint Htun, an engineer and U.S. telecom executive who served on Partners Asia’s Board of Directors from 2012 to spring 2019. Ms. Htun grew up in rural Myanmar.

Next up: a large-scale pilot project to train 5,000+ women in the Irrawaddy Delta and five other regions.

MM is also working with key government ministries to promote digitization for social welfare payments and to train pregnant women and nursing mothers to receive the digital payment transfers.

Mobile money has the potential to transform society. As women escape poverty by earning in new ways, saving money, and gaining power, social norms can shift.

Yes, this initiative is about technology and apps—but so much more.