Our partners are working to tip the scales so that all individuals have an equal opportunity to reach their potential–regardless of their gender or sexuality.

Here are a couple of their stories: 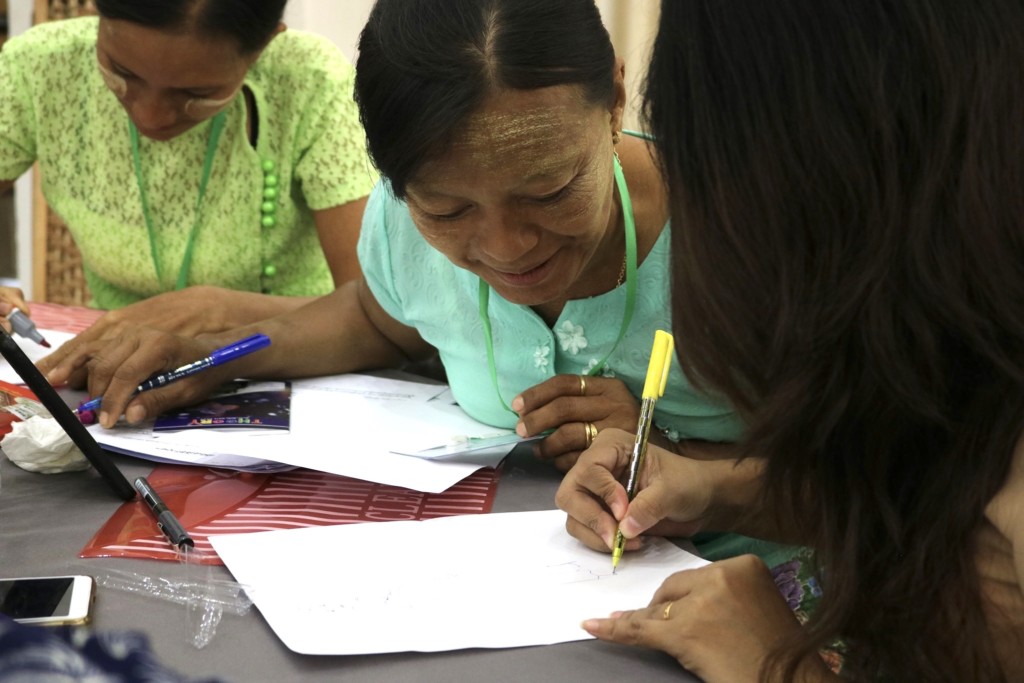 “We have already noticed that these women are starting to question how taxes are used.”

“They are looking at water shortages and healthcare differently. They are seeing how problems with water and healthcare are related to budgeting and economic policy,” says Tin Tin Nyo, of the Burmese Women’s Union.

Tin Tin works for the Burmese Women’s Union, but the people she is talking about are not city-dwellers, nor do they have traditional educations.

They are women who live in poverty in remote, rural areas in Myanmar, and they have just gone through a 10-day training on Gender and Economics.

This training is one of several initiatives BWU has tackled since they began in 1995. Their overarching mission? To increase women’s participation in economic reform.

“Because of our training, some women have become “watchdogs” for the Burmese economic situation.”

Nyo explains: “We ask questions like: Why the price of gasoline is increasing? Or what the impact is of enforcing a minimum wage? We read what is happening in neighboring countries, and what their policies are, and how they compare to Burma.

We want women to start raising their voices, and ask what is really happening regarding business and the economy in Burma.”

BWU also helps women start and run businesses. Some of their trainees sell local food—rice, beans, or betel nut. Some women do sewing and weaving out of their homes. Others want to offer services like laundry or money transferring.

“In Bago, women pick and sell bamboo shoots. People in Burma love to eat bamboo shoots! But the women don’t have a market, so they get exploited. Business people come and buy products from them very cheaply, and then sell them for much higher prices in the city.

We are working to connect these women from our trainings with other women entrepreneurs to help them move forward and sell their products fairly.” 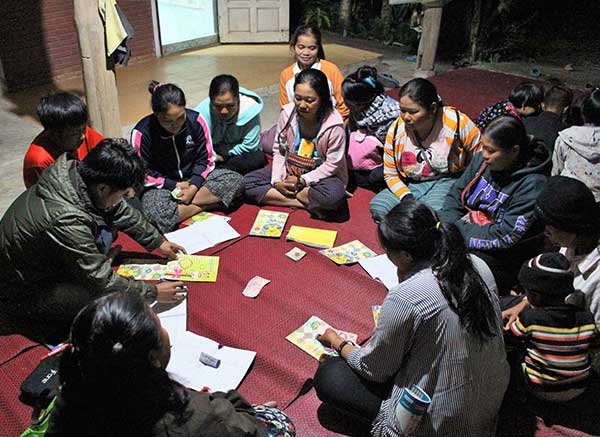 What and If. Two very powerful words.

When Khun Adun learned that his students were coming to school hungry, he asked, “What if ?” What if students could be fed 3 meals a day?

But families simply didn’t have enough money. Migrant parents were working for between $6-$8 a day (well below Thailand’s minimum wage of $10/day).

Adun persisted. What if students’ development weren’t hampered by nutrition? And what if parents could get ahead of unexpected expenses like hospital bills?

What if there were a way to give hard-working migrant parents a simple cushion, a buffer?

These were the kind of questions that started a small but wildly successful enterprise—women’s savings groups.

Surprisingly, the “success” of these groups wasn’t only financial. It led to other positive things no one could have predicted.

For Khun’s organization (Group for Children or GFC), the savings groups started as an experiment. The groups would be headed by the mothers of children attending GFC’s learning centers, and supported by a GFC facilitator in Fang, Thailand.

Each group had 10 to 15 mothers, and the initial investments were modest: just five baht, or 15 cents, per person, since it was all the families could afford. Each member had savings goal, and the group would track the progress.

Quickly, the idea of these groups spread. Not only to other women, but to the husbands as well. Men began coming to the meetings—with the unexpected promise to cut their alcohol consumption to help build the fund.

Women create a tailored and realistic payment plan with the loan recipient, with a low interest rate of 1 baht for every 100 baht borrowed. The interest goes back into the savings system.

In terms of the effect, “What I have seen is that children are able to eat until they feel full, and have three meals a day,” says Khun Adun. Their mothers have also been able to pay for their vaccinations and health care.

The reduction in alcohol has had another positive effect: domestic violence has been reduced in households that have joined the women’s savings groups.

While GFC’s programming has expanded beyond “classroom education” these savings group have benefitted children enormously. More importantly, they have built a sense of agency and hope in parents—which supports families and the community as a whole.

Khun Adun sees it all as wonderfully connected. And so do we.